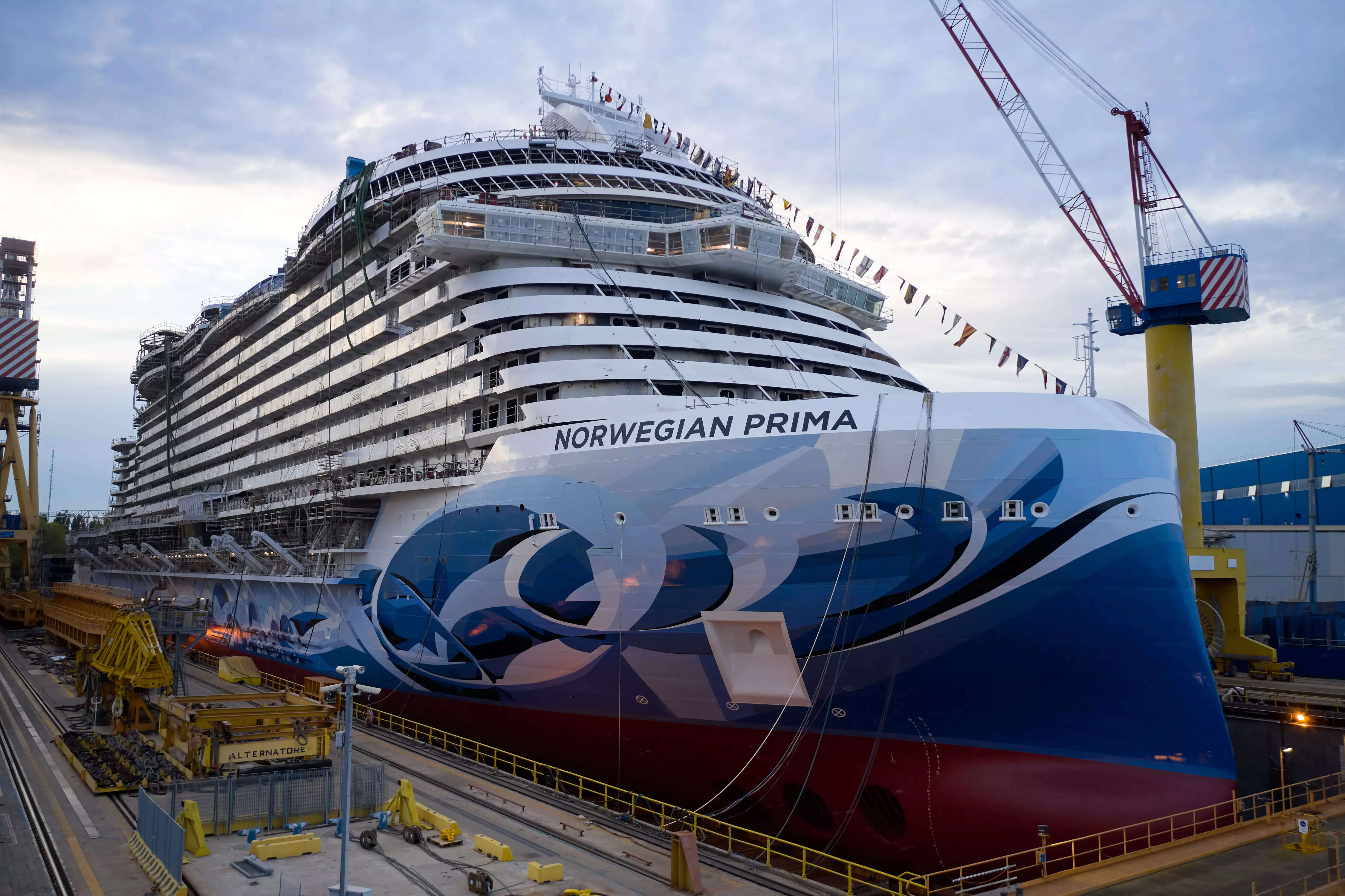 Norwegian Cruise Line (NCL) announced that its new ship Norwegian Prima was floated out from her drydock at Fincantieri shipyard in Marghera (Venice), Italy, marking a major construction milestone and the first time the new vessel touches water.

To celebrate the occasion, a commemorative coin was encased within Norwegian Prima in a traditional maritime ceremony presided over by Eamonn Ferrin, Vice President International Business, NCL and Antonio Quintano, Shipyard Director, Fincantieri.

The float signifies the completion of external works and painting to Norwegian Prima, including the striking hull artwork designed by Italian graffiti artist Manuel Di Rita, known commonly as “Peeta.” Work now continues on Norwegian Prima’s interior fittings and guest accommodations, before she is officially delivered to NCL and commences sailing in summer 2022.

“A ship’s float out is always a significant milestone, but this one is particularly special”, said Harry Sommer, President and Chief Executive Officer of NCL. “Our eighteenth ship, Norwegian Prima represents an exciting new chapter for our Brand and the first vessel to be delivered in our groundbreaking new Prima Class,”

“The float out of Norwegian Prima signifies a renewed confidence in cruise and a new era for shipbuilding.” said Luigi Matarazzo, General Manager ,Merchant Ships Division of Fincantieri. “We are glad to celebrate not only many months of hard work, but also the true spirit of collaboration between our brands – a partnership that will lead the way for a pioneering class of ships in NCL’s Prima Class.”

What is Norwegian Prima all about?
Norwegian Prima is the first of six ships in NCL’s highly anticipated Prima Class, the brand’s first new class of vessels in nearly 10 years. At 965 feet long, 142,500 gross tons and with capacity for 3,215 guests at double occupancy, the vessel is designed to put guests first. Norwegian Prima boasts wide-open spaces, thoughtful and stunning design, and a variety of new experiences for the Brand.

Laying claim to the title of the most spacious new cruise ship in the premium and contemporary categories, Norwegian Prima offers the most outdoor deck space and the most expansive accommodations of any new build.

Norwegian Prima: The ship that boasts of multiple NCL firsts
She boasts of multiple NCL firsts, including Ocean Boulevard, wrapping around the entire deck over 44,000 square feet, allowing guests to connect to the ocean while enjoying alfresco dining and unique experiences such as Infinity Beach, where two stunning infinity pools are positioned to take in the vastness of the ocean with uninterrupted views, and Oceanwalk, where two glass bridges will make guests feel as though they are walking on air over the water. 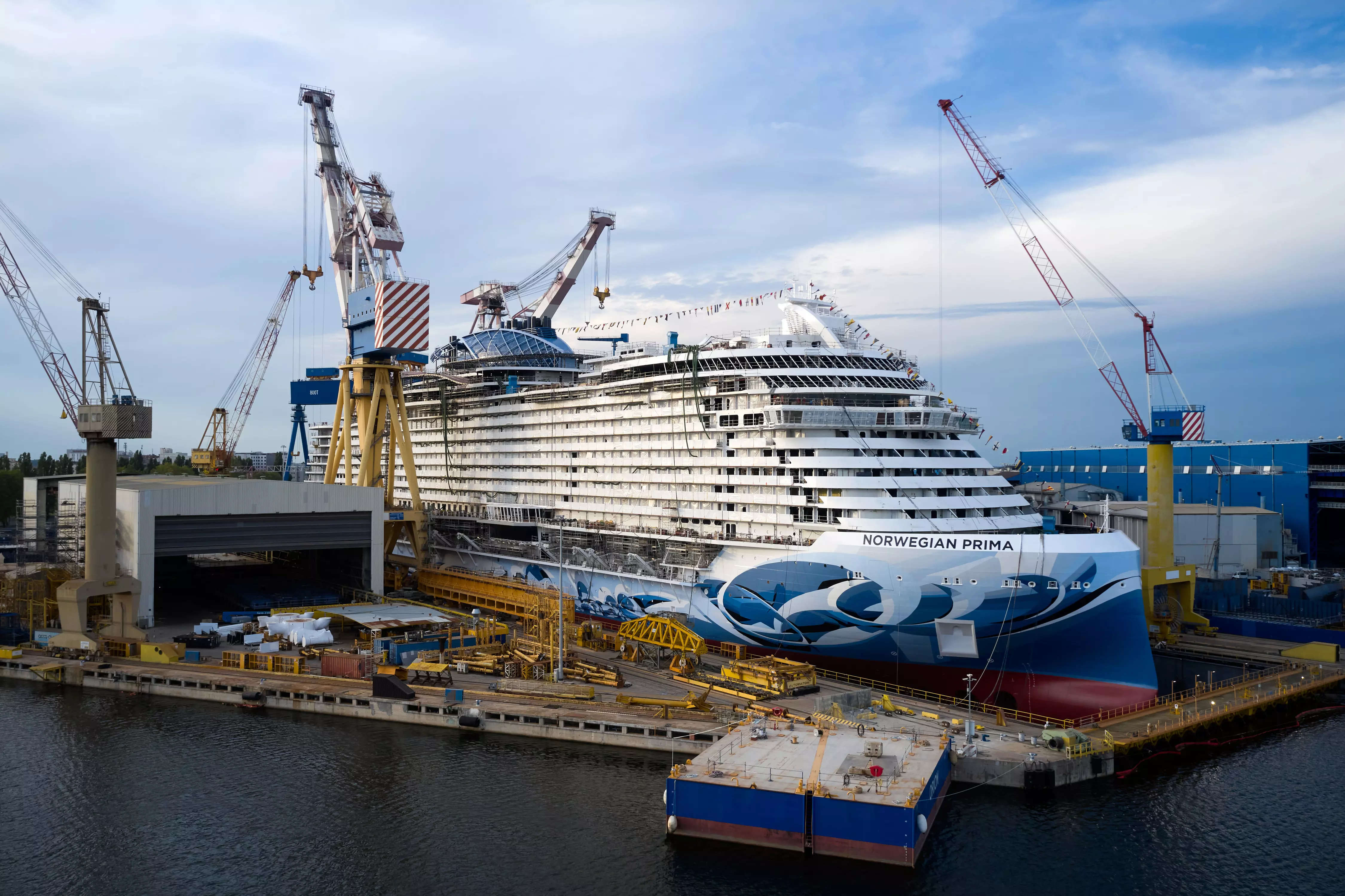 Ship within a ship
Meanwhile The Haven by Norwegian on Norwegian Prima offers the brand’s most exclusive and centralised ‘ship within a ship’ suite complex. Spanning eight decks of suites and public areas, it is accessible via private elevators and located at the aft of the ship for the very first time. Designed to be more open to the sea than ever before, every public area in The Haven will offer spectacular views, together with a stunning new infinity pool overlooking the ship’s wake and a new outdoor spa with a glass-walled sauna and cold room.

Where is the Norwegian Prima headed?
Commencing Summer 2022, Norwegian Prima will offer bucket-list itineraries in Northern Europe with voyages from Amsterdam, Netherlands, and Copenhagen, Denmark giving guests the opportunity to explore the stunning Norwegian Fjords and Baltic Sea. She will then sail a 12-day transatlantic voyage from Southampton to New York via Scotland’s Shetland Islands, Halifax in Nova Scotia and an extended overnight stay in Reykjavik, Iceland. Through the Fall and Winter, Norwegian Prima will offer a variety of port-rich Bermuda and Caribbean cruises from New York, Galveston, TX, Miami and Orlando, FL (Port Canaveral), including calls to Harvest Caye, the Company’s private resort destination in Belize as well as NCL’s private island, Great Stirrup Cay, in the Bahamas.

Eating Less at an Early Age can Improve Reproduction Later