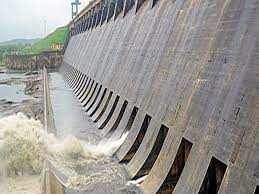 The Debrigarh wildlife sanctuary is all set to introduce cruise from August first week in the Hirakud reservoir that lies close to the sanctuary, to draw more tourists. It will be run at the eco-tourism site involving local community members.

Forest officials said the cruise will be part of a package that will include bird watching and wildlife sighting. Debrigarh, which is known for better sighting, records wild animals descending from forest to the reservoir to drink water. The tourists can get a glimpse of the animals while cruising.

Divisional forest officer (Hirakud division) Anshu Pragyan Das said one hour will be given to a batch of eight tourists for one cruise through the reservoir. “We are training local community members to be part of the cruise programme. The eco-tourism sites are being managed by the communities as they are the ones, who reap the benefits and help conserve the forest. The cruise will be a guided programme,” she said.

Another attractive project that has been planned to draw tourists is the Island of Odyssey. “The Hirakud reservoir has three islands within it with each having its own uniqueness. The sanctuary authorities for the first time want to tap the potential of the three islands — island of bats, sunset island and cattle island”.

The forest officer said to visit the islands there will be special cruise as one cruise will last for four hours. The eco-tourists will be able to view the bats from a distance without disturbing them. They will be accompanied by trained eco-guides. At the sunset island, tourists can view the sunset in the west and view the moon rising in the east at the same time, the forest officer added.

The stretches inside the sanctuary offer frequent sighting of animals in the core area spreading over nearly 200 sq km. The route between Dhodrokusum to Chourasimal has been identified as bison route, Dhodrokusum to Damkighati is known for presence of other varieties of herbivores such as boar, spotted deer and sambar. Leopards are sighted on the route from Lakhanpur to Badduma.

Review of the Beaches Turks and Caicos French Village